In a few days the launch event for new Samsung devices will take place. The conference will feature the company’s new flagship foldable-screen smartphones. As the date draws closer, more and more details begin to emerge, such as many specifications and features of both the Galaxy ZFlip 4 As the Galaxy Z Fold 4.

In recent weeks we have also seen some renders that offered us an approach to the new design of these devices. Now, a set of official renders have been leaked that reveal to us from all angles what the future folding Samsung Galaxy Z will look like.

The best look yet at upcoming phones comes courtesy of Evan Blass (in association with the medium 91Mobiles). Notably, in terms of design, there doesn’t seem to be much to get excited about. That is to say, both devices will maintain a fairly continuous line with respect to what was previously seen, but with some adjustments to refine them. 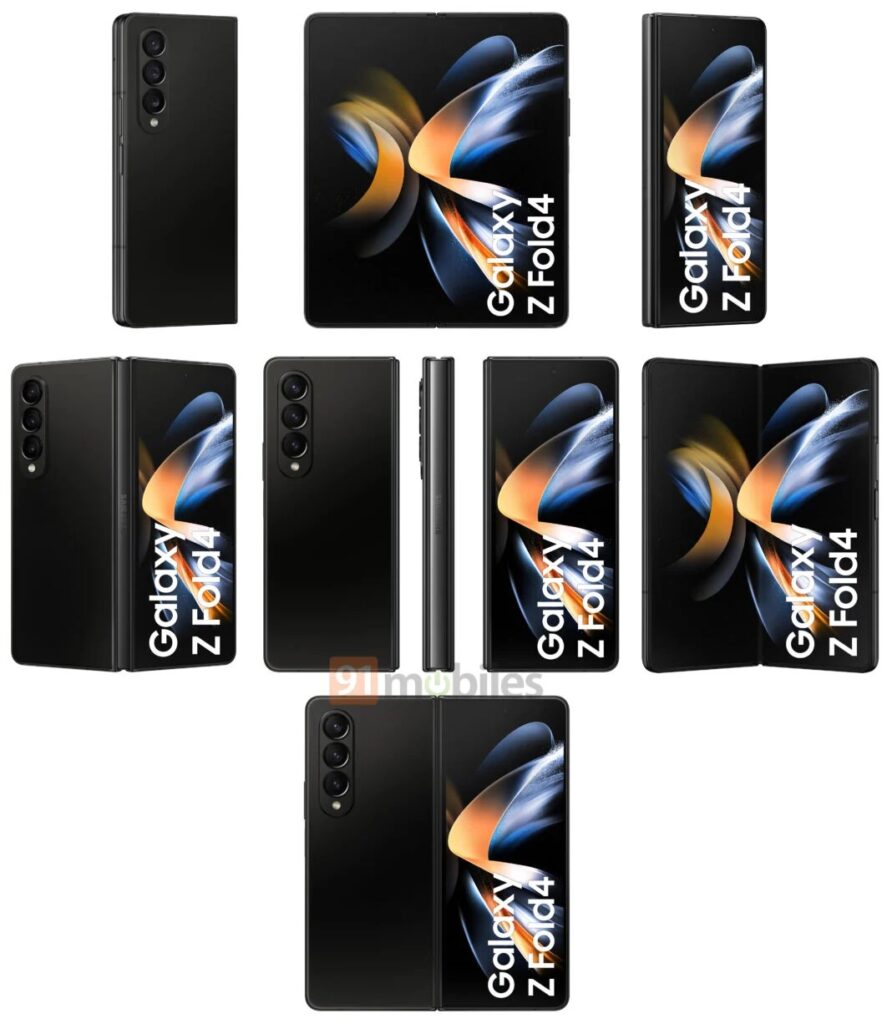 The Galaxy Z Fold 4 renders show us the device in three colors: black, gold, and what appears to be a deep blue. On the other hand, the Galaxy Z Flip 4 is displayed in up to four colors (Black, Rose Gold, Light Blue, and Bora Purple) with a more pleasing aesthetic. Samsung previously revealed the Bora Purple hue when unveiling a new Galaxy S22 color scheme, further hinting that the color will appear on upcoming devices. 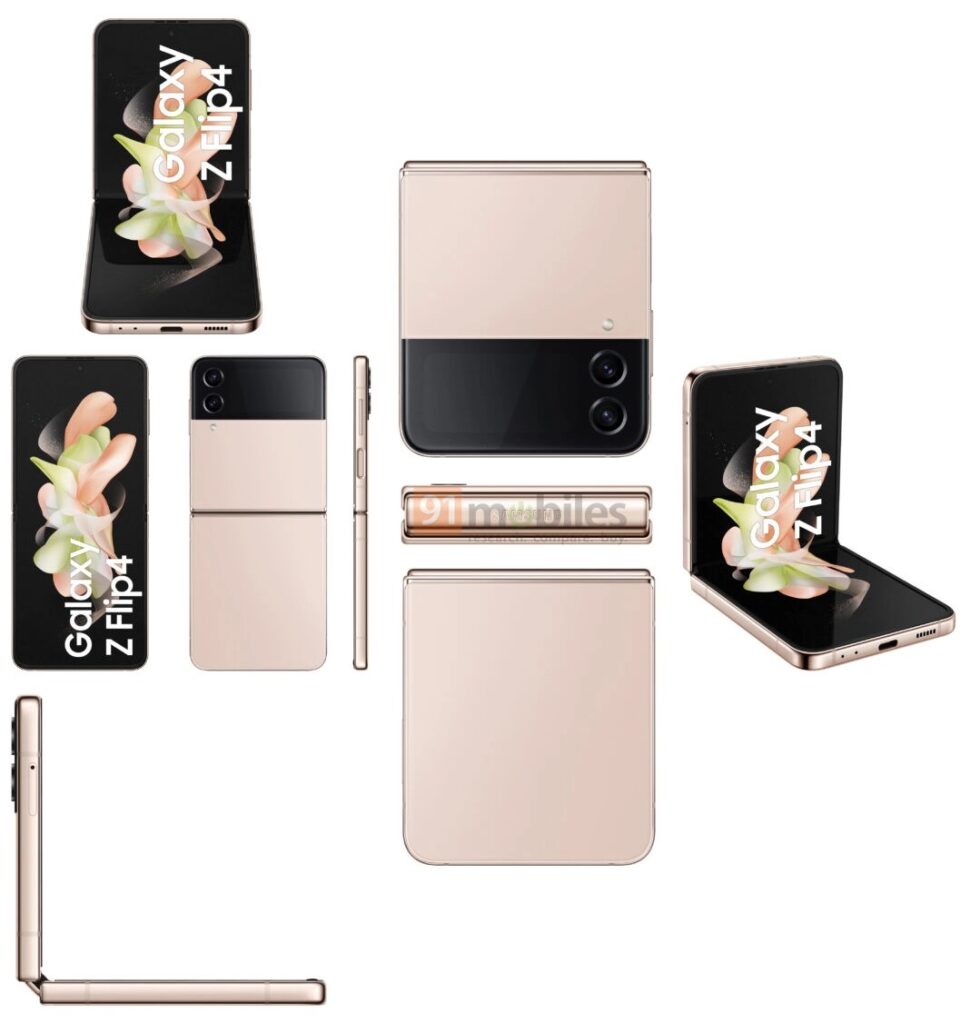 Notably, the Galaxy Z Fold 4 will be powered by the chipset Qualcomm Snapdragon 8+ Gen 1, which is built on TSMC’s 4nm manufacturing process. It offers up to 30% more battery life than the Snapdragon 8 Gen 1 chip. The processor will be assisted by 12GB/16GB of RAM alongside 256GB/512GB of storage.

The main front camera (located on the outer screen) will be a 10-megapixel sensor. On the other hand, the secondary front camera will be hidden under the screen and will have a resolution of 16 megapixels.

Other than that, the device is rumored to be powered by a 4,400mAh battery (25W fast charging) and run One UI (based on Android 12).