The OSOM OV1 is now the Solana Saga: a flagship web3 and blockchain smartphone - Gadget Loh

The OSOM OV1 is now the Solana Saga: a flagship web3 and blockchain smartphone

The OSOM OV1 is now the Solana Saga: a flagship web3 and blockchain smartphone

Essential is a brand that had a very short life in the industry. However, at that time, his only release (the Essential PH-1) became a kind of ‘cult’ device. Although at first it did not sell many units, the successive price reductions made it one of the most interesting alternatives. Also, the software support was very good.

Once the Essential PH-1s manufactured were sold out, the company withdrew from the segment. Of course, the sold devices continued to receive support with up to 3 additional Android versions (from Android 7.1 to Android 10), something incredible for a 2017 smartphone.

Later, former members of the Essential team formed a new company: OSOM. A few months ago it was confirmed that the company will launch its first smartphone at the end of this year. In addition, it will be a daring bet, since it will go directly to the premium high-end segment.

The phone on which OSOM worked was known as ‘OSOM OV1’. Now, months later, the same terminal receives a new name: ‘Solana Saga’. But that’s not all, the company also reveals that it became a web3-centric Android phone. 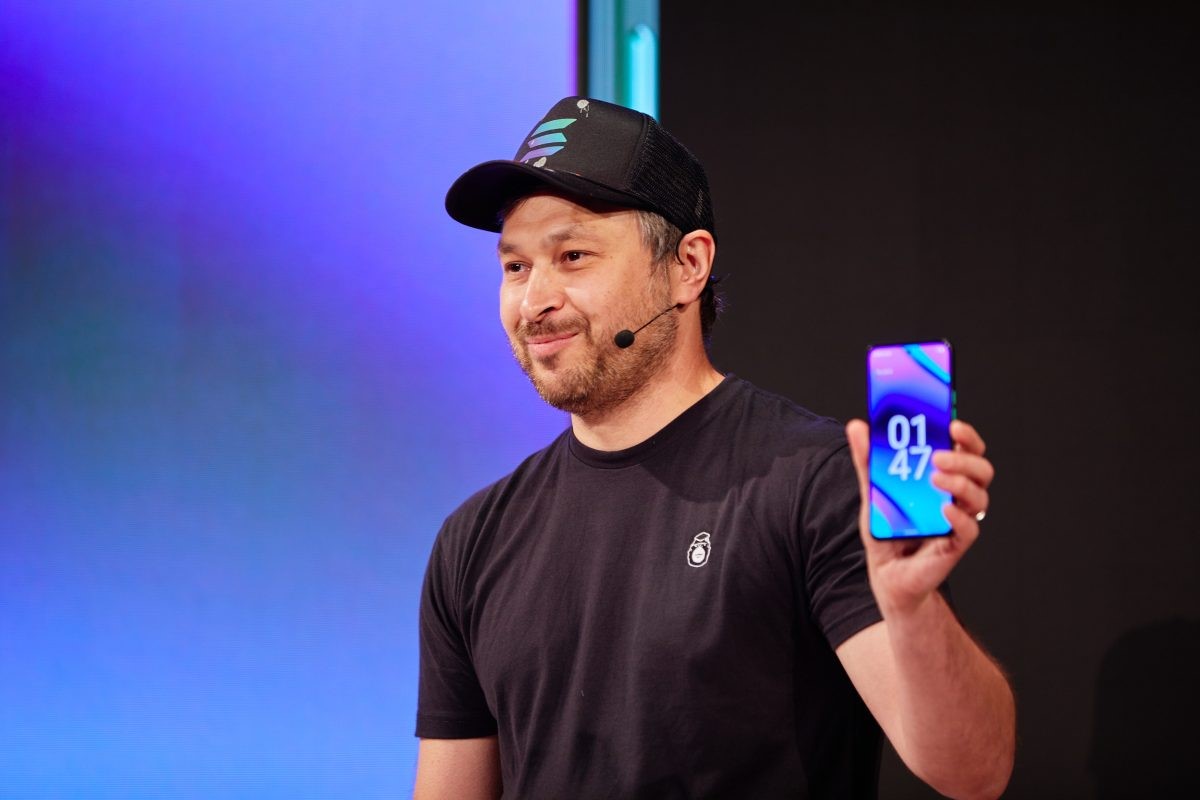 The rebranding of the phone also removes the OSOM name. It will be launched by Solana Mobile, which is a subsidiary of Solana Labs (a company focused on blockchain technologies).

Previously, the company had revealed that the phone will launch in the second half of this year 2022. But, now the launch has been pushed back to “early 2023”, without more specific details. Anyway, the peo-order of the Solana Saga is now available.}

Known specifications of the Solana Saga

The terminal is said to feature a 6.67-inch OLED screen. It will be powered by the powerful Qualcomm Snapdragon 8 Plus Gen 1 chipset. Its hardware will be complete with 12GB of RAM and 512GB of storage.

The device will integrate Solana Mobile Stack (SMS) technology, which uses security features built into the Qualcomm chip to safeguard personal information in high-level encryption. In this way, the terminal could even act as a very secure crypto wallet.

The phone will feature a 50MP Sony IMX766 main camera sensor, along with a 12MP Sony IMX373 ultra-wide lens. Its front camera will be a 16MP sensor.

The phone will offer Bluetooth 5.0 and a rear fingerprint reader. Although the price is not yet known, it is expected to be around $1,000.