Last week, Motorola postponed the launch event for the futures Moto X30 Pro Y Moto Razr 2022. The new date established by the brand is next August 11. Of the aforementioned devices, the Moto X30 Pro is likely to be rebranded as Motorola Edge 30 Ultra in the global market.

Before its release, MySmartPrice offers new information related to the ‘traditional’ flagship model. The outlet spotted the Edge 30 Ultra passing the Geekbench CPU benchmark tests. Details such as the SoC, RAM capacity, operating system and more were confirmed in the listing.

The listing reveals that the future Motorola Edge 30 Ultra will be powered by an octa-core chipset. The CPU of the chip will be composed of four cores at 2.02 GHz, three cores at 2.75 GHz and one core at 3.19 GHz. In charge of the graphics is the Adreno 730 GPU. All of the above makes it quite clear that this is the Qualcomm Snapdragon 8+ Gen 1 SoC. 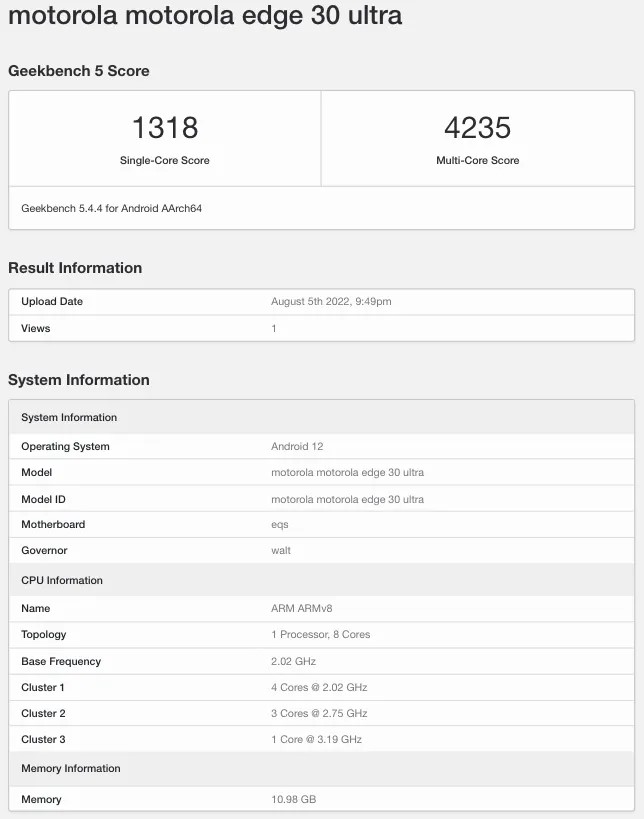 Apart from that, the device has 12 GB of LPDDR5 RAM along with the Android 12 operating system as standard. As for its performance, the terminal scored 1,318 points in the single-core test and 4,235 points in the Geekbench 5 multi-core test.

A recent leak suggested that the Edge 30 Ultra will have a 6.67-inch OLED display with a 144Hz refresh rate. Its Snapdragon 8+ Gen 1 chip will be paired with up to 12GB of RAM and 256GB of storage. 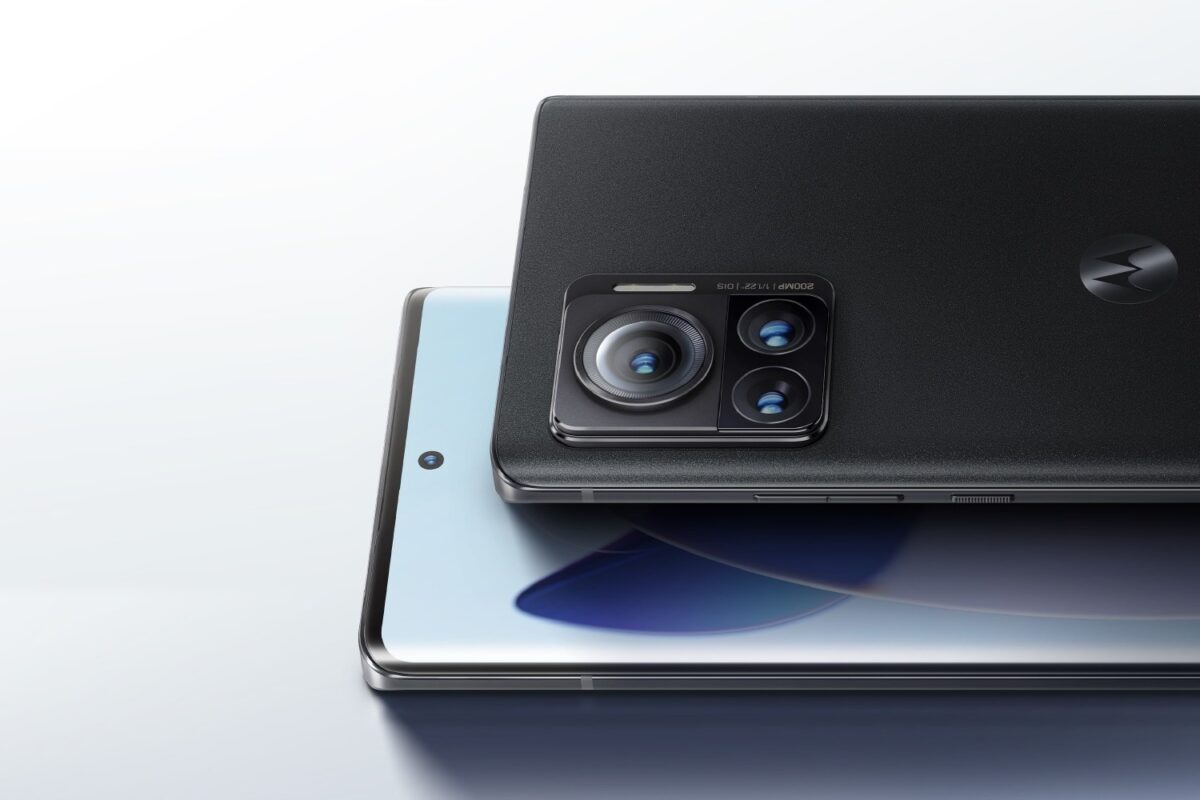 As for the optics, it is said that the great sensor will debut Samsung HP1 200MP (1/1.22-inch size) as its main camera. The photographic system will be completed with a 50MP ultra-wide-angle camera and a 12MP telephoto camera. A 60MP front camera is expected in the perforation of its screen.

Last but not least, the smartphone is expected to be powered by a 4,500mAh battery with support for 125W ultra-fast charging technology.