The Moto Razr 2022 will have a giant battery increase! Leaked Specs - Gadget Loh

The Moto Razr 2022 will have a giant battery increase! Leaked Specs

The foldable phone segment has been receiving more and more names in recent years. During the early days of these devices, we saw options from Samsung and Huawei. Later, companies like Motorola joined the party. In addition, the latter entered in a big way, reviving the iconic line of Moto Razr phones.

Motorola’s last launch in the folding segment was seen in 2020. It was the Motorola Razr 5G, an improved version of your original device. Now, after almost two years of waiting, Motorola is ready to launch a direct successor: the so-called Moto Razr 2022.

The launch of the Moto Razr 2022 will take place on August 2. The company started offering hints about the phone on social media about its features. For example, we already know officially that the Razr 2022 will be the first folding phone equipped with the powerful and efficient chipset Snapdragon 8+ Gen 1 from Qualcomm. 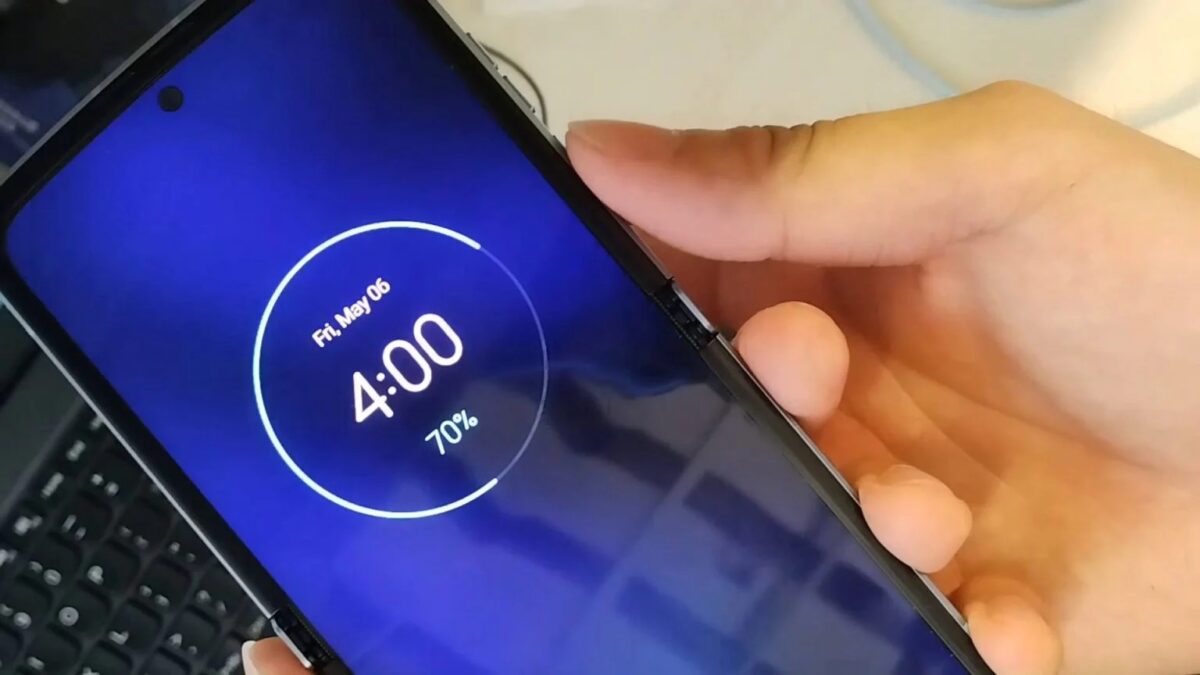 In a new teaser, the company revealed the battery capacity of the Moto Razr 2022. As a preview, it’s better than expected and a giant step up from its predecessors.

According to a Motorola employee posting on Weibo, the upcoming foldable is equipped with a 3,500mAh battery. He also claims that with the help of the energy efficient Qualcomm Snapdragon 8+ Gen1 chip, the device can last all day on a single charge without issue. 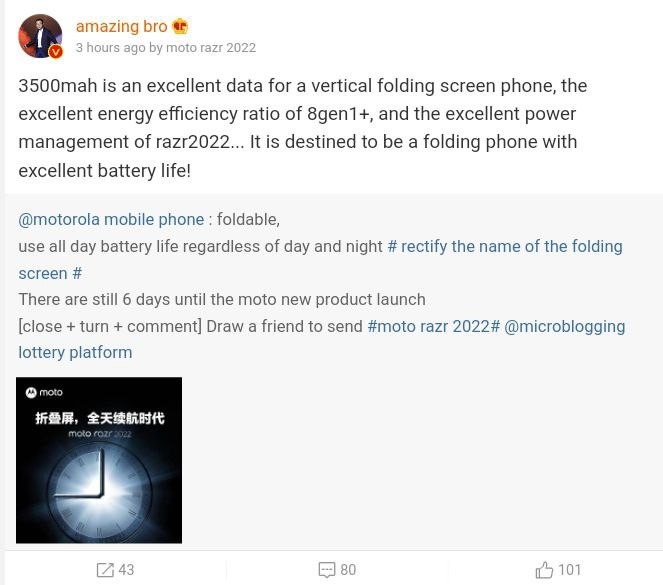 As a reminder, the battery was one of the worst aspects of the first foldable Razr. The Motorola Razr came with a disappointing 2,510mAh battery, while the Moto Razr 5G came with a slightly larger 2,800mAh battery.

With this, Motorola catches up with Samsung’s Galaxy Z Flip in terms of autonomy and power. According to leaks, the Samsung Galaxy Flip 4 will hit the market with a battery capacity of 3,595 mAh.

Speaking of other specs, the foldable Motorola will likely come with a 6.7-inch (Full HD+) P-OLED foldable screen with a 120Hz refresh rate. Its outer screen would be 3 inches and it would be compatible with all apps.

For photography, the device would boast a dual rear camera setup with 50-megapixel (main) + 13-megapixel (ultra-wide) sensors. Meanwhile, its front camera would be 32 megapixels. To top it off, the SD8+ Gen 1 chip would be supported by up to 12GB of LPDDR5 RAM and 512GB of UFS 3.1 storage.