The Google Pixel 7 Pro already appears in a leaked unboxing!

The Google Pixel 7 Pro already appears in a leaked unboxing!

At this year’s Google I/O event, Google gave us a sneak peek at its upcoming flagship smartphones: the Pixel 7 and Pixel 7 Pro. Since then, both devices have been the subject of various leaks and rumours.

Recently, a hands-on video was leaked featuring what looked like Pixel 7 prototypes. Now a new much more explicit video of what appears to be the final product has surfaced. Apparently, in the video we are shown the sales box of the Pixel 7 Pro in black.

Leaked unboxing of the Google Pixel 7 Pro before its launch

The source of the leak is Gadgetfull BD Media, an electronics store located in Dhaka, Bangladesh. The store shared a quick video on its Facebook profile showing what looks like a retail unit of the Pixel 7 Pro. In the video, a person can be seen removing a device from a Google-branded retail box.

Google continues to be the worst at preventing leaks 🤦🏽‍♂️ Here’s a full unboxing of a real retail unit of the Google Pixel 7 Pro 😂 pic.twitter.com/zvLBAiSaED

In the video we are also given a direct look at its elegant black back. This section features the Google “G” logo just like on previous models. The phone shown looks identical to the official Google renders that we have already known for weeks. It has the same viewfinder-like aluminum camera module with two cutouts for the sensors.

Furthermore, the phone even displays the official Google Pixel animation sequence when it boots up. We can also see the charging cable and the documentation included inside the sales box. 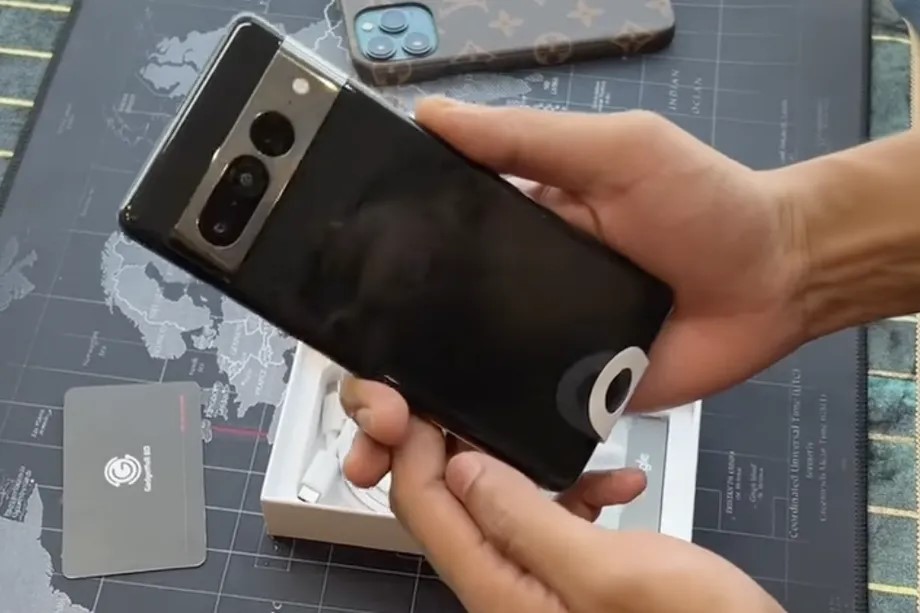 The video does not offer any details regarding the specifications of the Google Pixel 7 Pro. However, previous reports suggest that the device will be equipped with the Google Tensor 2 processor made by Samsung. On the front, you can present a large 6.7-inch AMOLED screen with Quad HD + resolution and a refresh rate of 120 Hz.

In addition, the terminal will feature a triple rear camera setup. The photographic system would be made up of a 50-megapixel main camera, a 12-megapixel ultra-wide camera and a 48-megapixel telephoto sensor for optical zoom. the Pixel 7 Pro could draw power from a good 5,000mAh battery that can support 33W fast charging technology.

As of today, the release date of the Google Pixel 7 Pro is not official. However, it is expected to debut sometime in October alongside the standard Google Pixel 7 and Pixel Watch.