On August 3, the OnePlus 10T launch for the global market. The same model will also be launched in China under the name OnePlus Ace Pro.

Before the launch, the company has already confirmed some of the specifications of the terminal. These include the first eight-channel vapor chamber refrigeration system of the industry, and up to 16GB of RAM. Now, the brand also boasts the screen and fast charging specifications of the OnePlus 10T (OnePlus Ace Pro).

Screen features and fast charging of the OnePlus 10T

The official teaser reveals that the phone will come with a 6.7-inch AMOLED screen. The panel will have a refresh rate of 120 Hz and a very high touch sampling rate of 720 Hz. It will have support for HDR10 + and will be capable of producing 1,070 million colors. 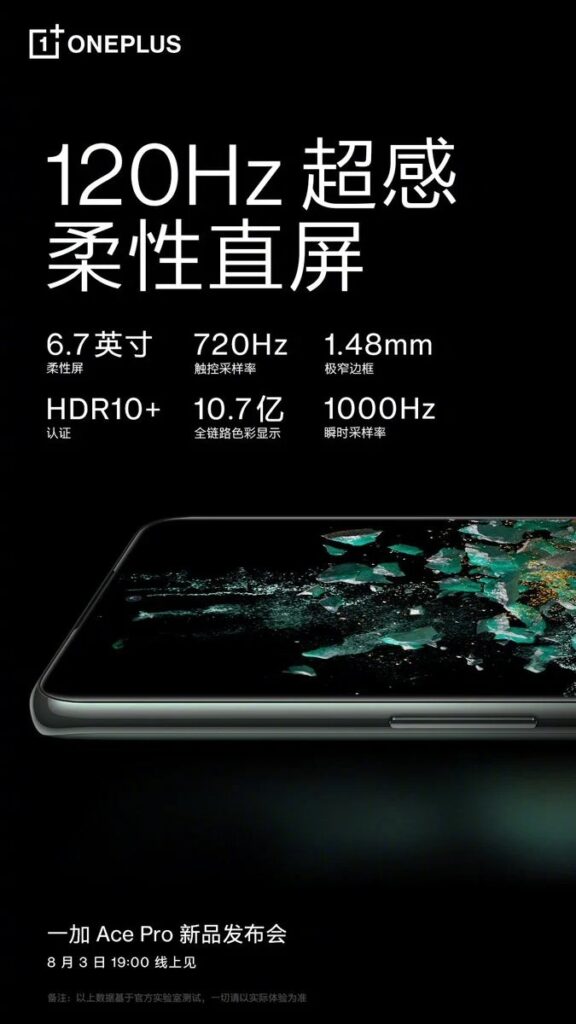 Lastly, the phone will come with super slim bezels that measure just 1.48mm thick. The teaser doesn’t reveal the resolution of the device, but leaks so far have suggested it will have Full HD+ resolution with a 20:9 aspect ratio.

In addition to the above, the Chinese manufacturer officially confirmed that the high-end phone will support 150W ultra-fast wired charging technology. To achieve this, the OnePlus 10T will integrate an intelligent charging engine that can automatically recognize surrounding conditions to automatically adjust the ideal charging power. 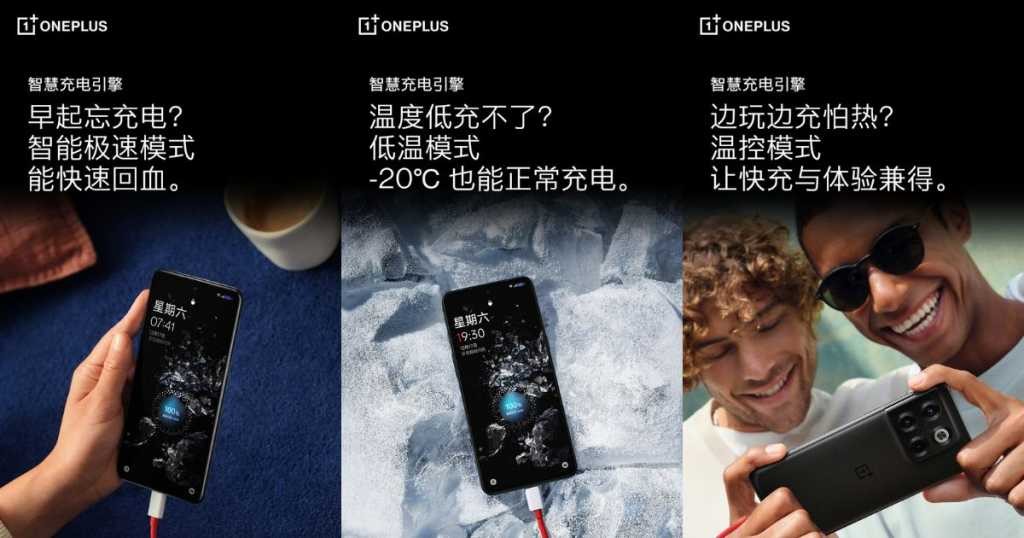 This means that the device can be charged in temperatures as low as -20 degrees Celsius. Furthermore, the OnePlus 10T will also support an ‘intelligent speed’ mode, a ‘low temperature’ mode, and even a ‘temperature control’ mode.

Other specifications of the OnePlus 10T

As for other details about the terminal, it will be powered by Qualcomm’s latest flagship chipset: the Snapdragon 8+ Gen 1. Its hardware will be completed with up to 16 GB of LPDDR5 RAM and 256 GB of UFS 3.1 storage. 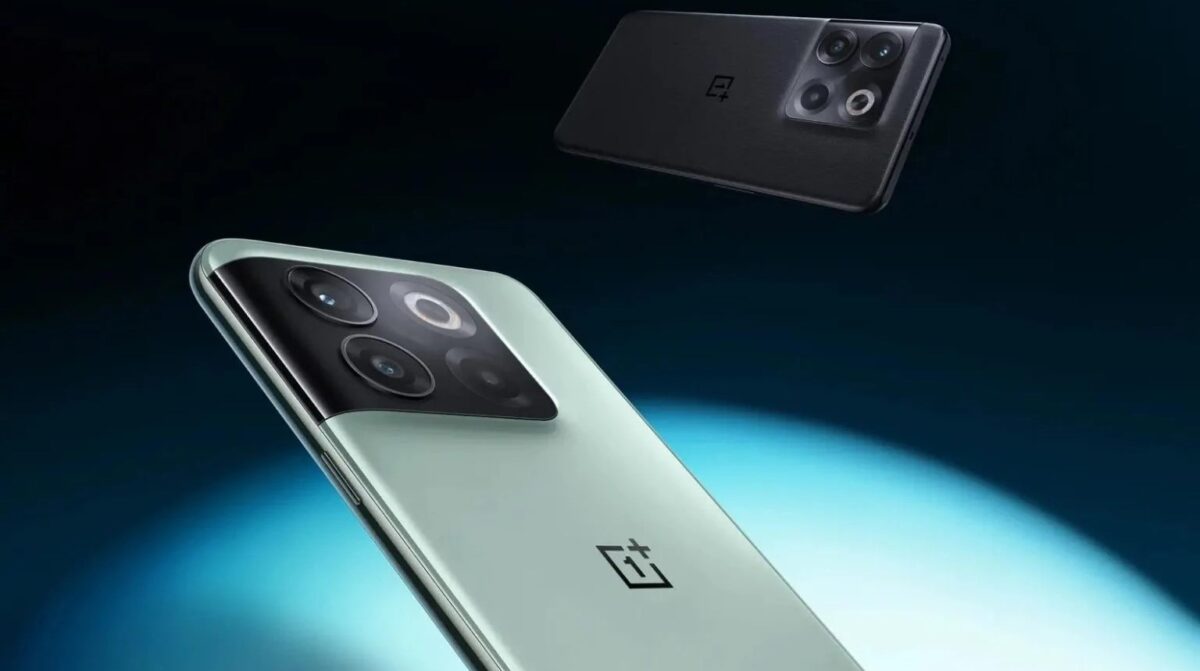 The rear camera setup is said to include a 50-megapixel Sony IMX766 main sensor (with OIS support), an 8-megapixel ultra-wide camera, and a 2-megapixel macro camera. A 16-megapixel front camera sensor will be present in the perforation of its screen.

It will also integrate a pair of stereo speakers, immersive vibration haptic motor and NFC. Finally, the smartphone will be powered by a 4,800 mAh battery with the aforementioned 150W ultra-fast charging support and will run Android 12 as standard under the OxygenOS interface (ColorOS 12.1 in the Chinese market).

See also  The Samsung Galaxy A23 5G would be much more expensive than the Galaxy A22 5G, leaked price