Official: the Xiaomi CIVI 2 will arrive on September 27 - Gadget Loh

Official: the Xiaomi CIVI 2 will arrive on September 27

Official: the Xiaomi CIVI 2 will arrive on September 27

In September of last year, Xiaomi released the CIVI mobile device line. These smartphones are focused on offering attractive and slim designs along with solvent cameras and fluidity for the premium mid-range segment. To this day the company has released two models in the family: CIVI and CIVI 1S. Now it looks like it’s coming very soon the Xiaomi CIVI 2.

After multiple rumors and leaks, the Chinese giant finally officially confirmed the arrival of the Xiaomi CIVI 2. In addition, we already have the launch date on which the event will take place.

On September 27 we will meet the Xiaomi CIVI 2

According to the company, the event dedicated to revealing the Xiaomi CIVI 2 will take place in China on September 27 at 2:00 p.m. (local time). Xiaomi also offers a teaser image, starting with the launch promotion. More teasers are expected to be released in the coming days to reveal its entire design, as well as its key specifications.

According to reports, the Xiaomi CIVI 2 would have a 6.56-inch OLED screen whose resolution would be Full HD + and its refresh rate would reach 120 Hz. In terms of screen design, it will have curved side edges and a perforation located in the center. 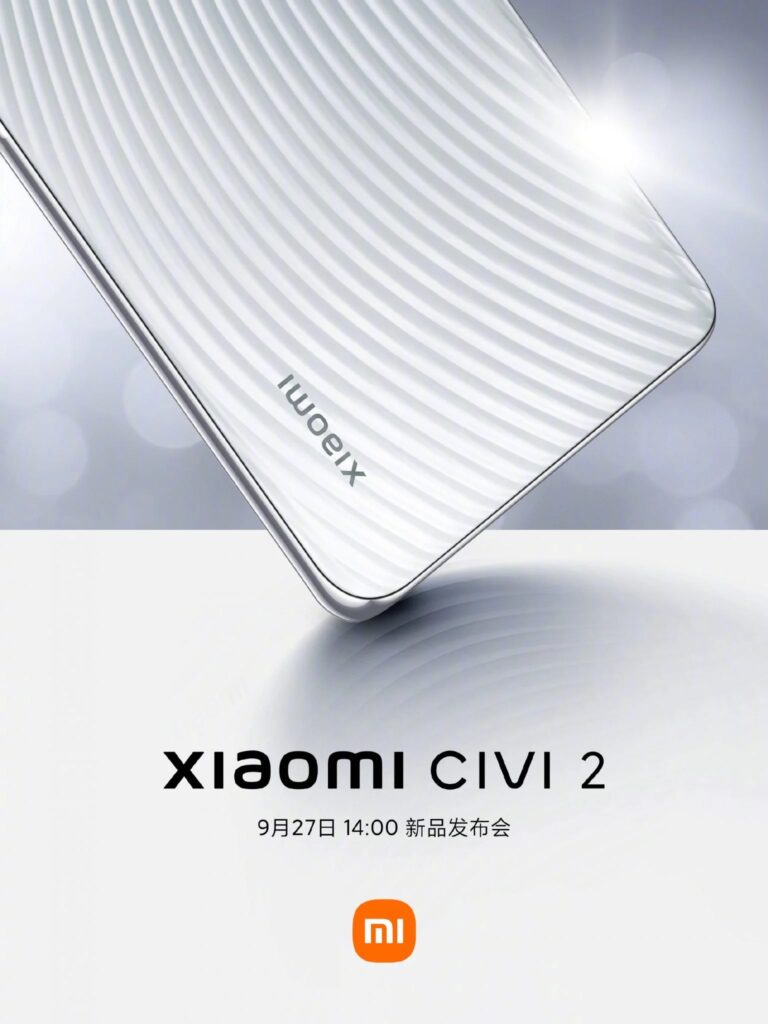 The hardware will be completed with up to 12 GB of LPDDR5 RAM and 256 GB of UFS 3.1 storage. It will run Android 12 operating system under MIUI 13 interface.

Its rear area would be home to a triple camera system made up of a 50-megapixel main lens (with OIS), an 8-megapixel ultra-wide-angle lens, and a 2-megapixel macro camera. Its front camera would be a 32 megapixel sensor.

The terminal will receive power from a 4,500 mAh battery with support for 67W super fast charging via USB-C. There are no details about the price of the smartphone yet.