Honor X6: specifications of the company’s next budget smartphone

Honor recently released the Honor X40 in China. It is a smartphone intended for the 5G mid-range segment whose main selling feature is its design and screen. This smartphone may be the only one of its kind to equip a screen with fully curved side edges. The panel also boasts a 120Hz refresh rate.

The Honor X40 is powered by Qualcomm’s Snapdragon 695 SoC chipset, among other features. Now, the company has started promoting the launch of a new device. This particular model would occupy a more affordable price segment.

Design and specifications of the affordable Honor X6

The official Honor Myanmar Facebook account is posting some teaser images about a new X-series phone. It would hit the market under the name of Honor X6. The phone is designed to feature a triple camera setup on its back. It would also boast a good battery with 5,000 mAh capacity. 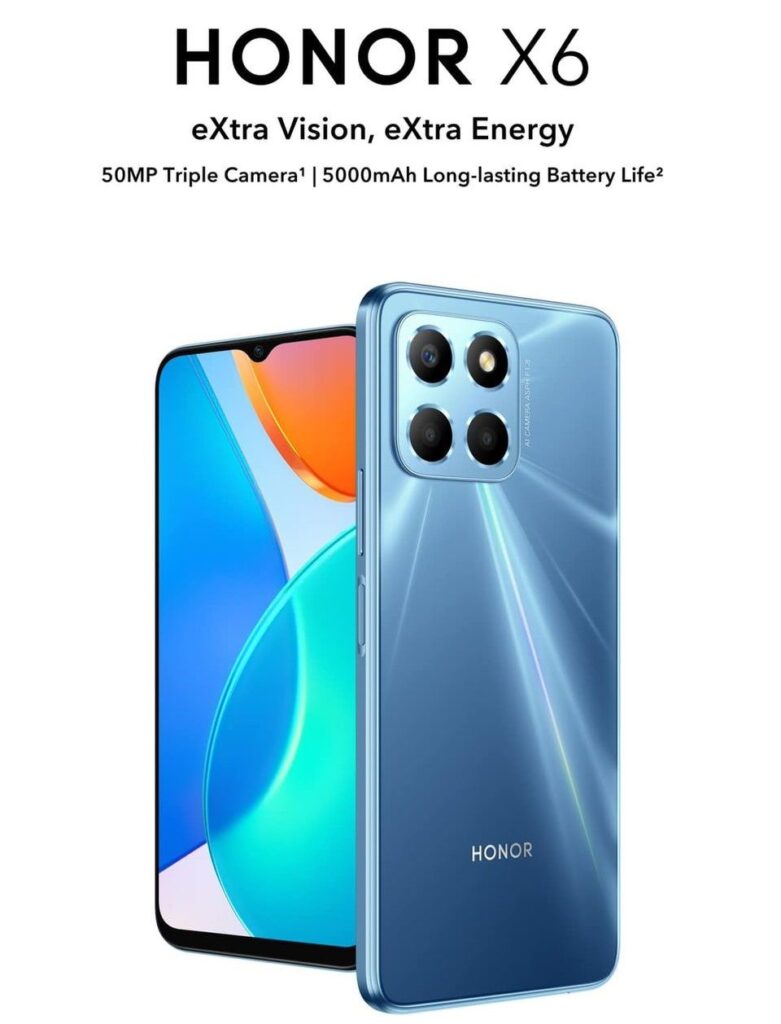 Through the posts, the company also revealed what the design of the phone will look like. It can be seen that in its front area it implements a classic design with a drop-shaped notch, to house its front camera.

On the back, the phone has a square camera module with a triple rear camera setup and an LED flash.

A leaked promotional image reveals that the phone’s photographic system will be commanded by a 50-megapixel main sensor. Furthermore, a Malaysian source claims that the Honor X6 will have a 6.5-inch LCD panel that will offer HD resolution. The device is likely to maintain a standard refresh rate of just 60Hz.

Internally, the mobile device is said to be powered by an octa-core MediaTek processor paired with MediaTek’s HyperEngine system to boost performance. The phone is likely to run Android 12 under the company’s Magic UI 6.1 interface.

Furthermore, its hardware is reported to be complete with 4GB of RAM and 128GB of storage for its base version. In addition to the main 50-megapixel rear sensor, its triple camera system will include a pair of 2-megapixel sensors (macro and depth). On the other hand, its front camera would be a sensor of only 5 megapixels.

To finish, its exchange price is equivalent to around only $130. At the moment there are no specific details about the launch date of the company’s new smartphone. We will be aware of the news that arise in the coming days.