The launch event for the Nothing Phone (1) It is just around the corner. The company recently revealed the phone’s ‘transparent’ and unique design, being one of its most prominent features. Now, a new report shows us what the mobile device looks like in a transparent TPU case.

In addition to the above, a render of the Nothing Ear (1) Stick has been leaked. This is a new variant of the brand’s TWS headphones, now with a charging box that implements a new particular elongated design.

Nothing Phone (1) in official clear case

Most smartphone users use their devices with a protective case. But, in a smartphone where one of the main attractions is its design, this can take away a bit of the aesthetic grace of the terminal. After all, people tend to go for protection over appearance. But, this new transparent TPU case seems to be the answer. 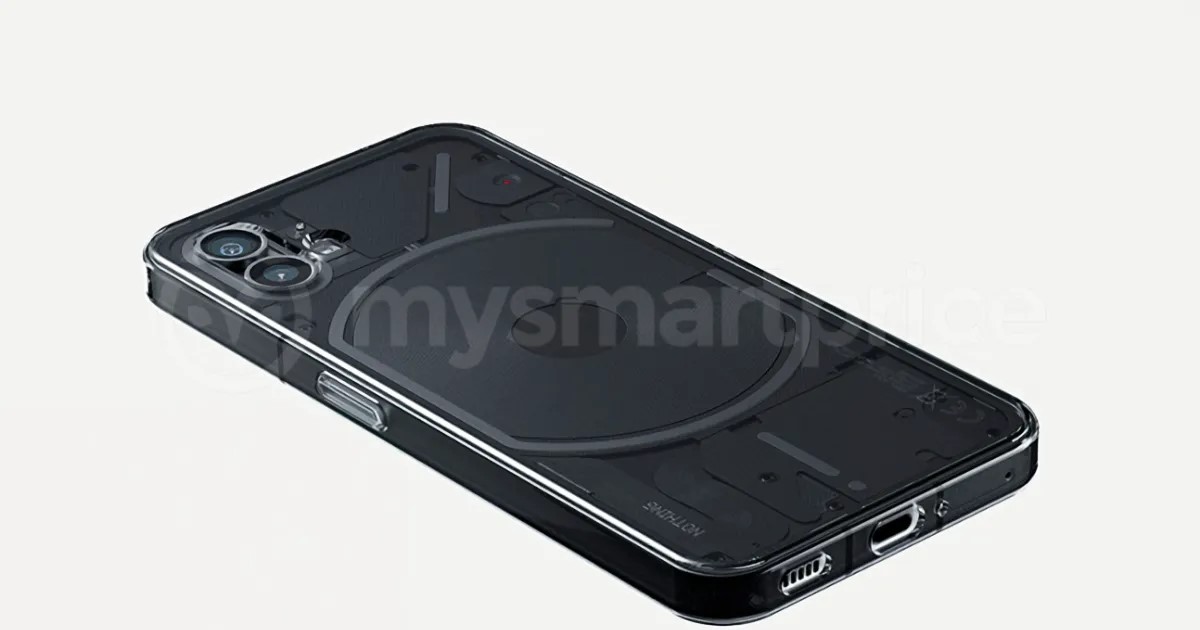 The source of the filtration is the medium MySmartPrice in association with informant Ishan Agarwal. The aforementioned cover is transparent and does not interfere with the design of the phone (1). In addition, it has a ‘smoked’ finish that gives it a slightly dark tint, which avoids the classic problem of fully transparent covers turning yellow over time.

One of the most striking features of the phone will be the illuminated Glyph interface. So this type of case is probably the best option for those who want to use the device without hampering the experience. For those who don’t know, the Glyph system is made up of a unique design of LED lines distributed across the back of the Nothing Phone (1).

As expected, the leaked case will also come with all the necessary cutouts for the various power buttons, charging port, and speaker grills. Engraved Nothing branding can also be seen. However, it is unknown if the case will be included in the box or if it is an accessory that can be purchased separately.

Before the launch event, filter An image of the company’s new TWS earphones called the Nothing Ear (1) Stick. The name appears to derive from the new shape of its cargo box. At the moment, two differences can be observed compared to the original model.

First, the ‘stem’ now has two dots at the bottom instead of one. In addition, the “Nothing Ear (1)” mark has been replaced with “Ear (1) Stick”. The cargo box now takes on an elongated rectangular design, while remaining transparent. It is unknown if the headphones will bring improvements in terms of audio.