In July this year the ASUS ROG Phone 6 was launched. It is a high-end mobile device specially designed for the gaming segment. The smartphone is equipped not only with the highest possible power in its segment, but the hardware and system include a lot of features intended for the most stable, smooth and robust gaming experience.

It seems that the company is not satisfied with only launching standard versions of these terminals. According to recent reports, the Taiwanese firm is preparing to bring a special edition of the phone: the ROG Phone 6 Batman Edition. Before its launch, we have some renders that reveal what your custom design will look like.

With this, ASUS follows the path of other gamer mobile manufacturers such as Nubia. The latter launched a few weeks ago the Red Magic 7S Pro Transformers Edition. As in this case, the ROG Phone 6 Batman Edition is likely to have the same technical specifications as the original model. On the other hand, we can expect thematic customization. 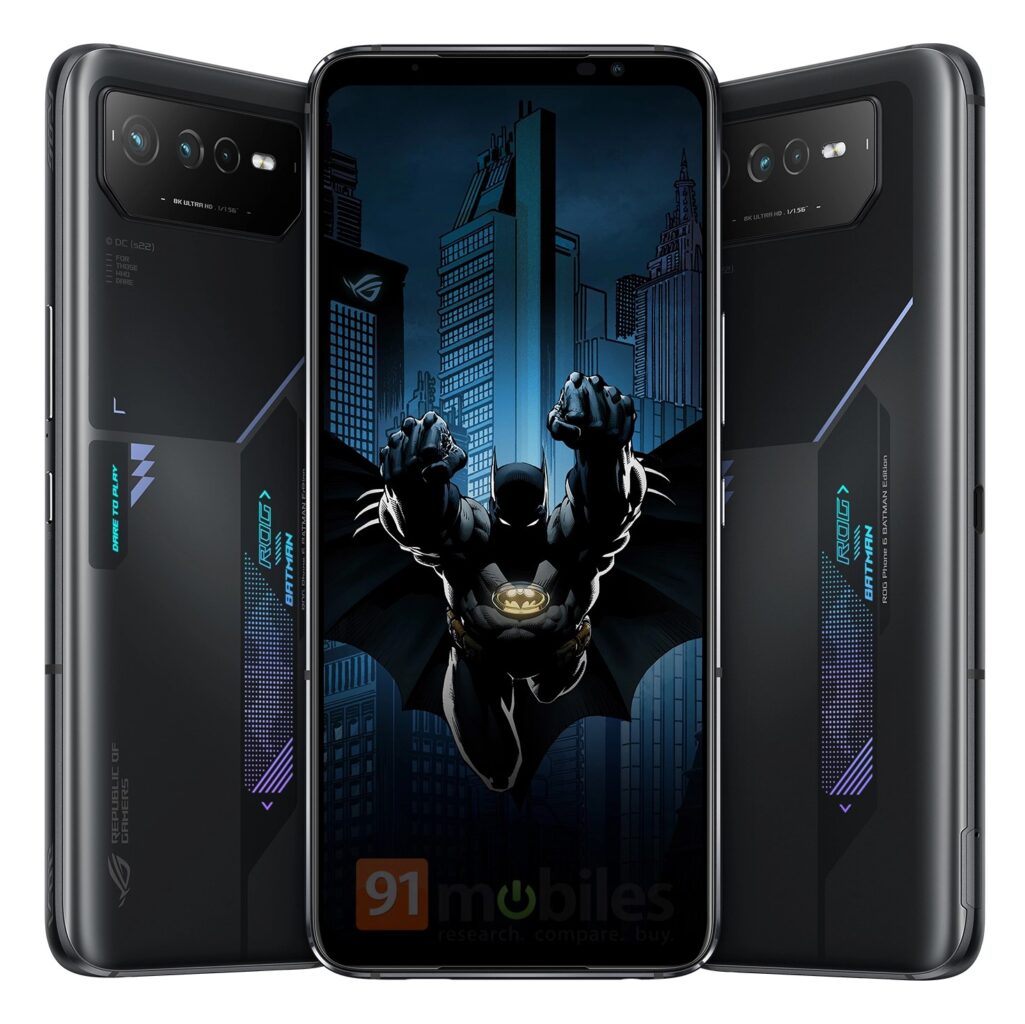 The source of the leak is the informant Evan Blass in collaboration with the media 91mobiles. Some renders with the design of the future ASUS ROG Phone 6 Batman Edition were shared in the publication. The report suggests that the smartphone software will include a Batman theme. However, there doesn’t seem to be much change in the overall design of the device.

As can be seen from the renders, the ASUS ROG Phone 6 Batman Edition sports an all-black design with bold lines and geometric shapes on the back. The name ‘Batman’ is present on the back under the RGB logo with a black background. Overall, the phone’s design is almost the same as the original ROG Phone 6.

The device will come with the same specs as the ROG Phone 6. The above means we can expect it to feature a Qualcomm Snapdragon 8+ Gen 1 SoC paired with its Adreno 730 GPU, up to 12GB of LPDDR5 RAM, and up to 256GB of UFS 3.1 storage. .

It will also likely come with a 6.78-inch Full HD+ resolution AMOLED display that offers a 165Hz refresh rate and 720Hz touch sampling rate. The screen may be protected by Corning Gorilla Glass Victus.

To top it off, in charge of photography would be a triple camera setup comprised of a 50-megapixel Sony IMX766 main camera, a 13-megapixel ultra-wide-angle camera, and a 5-megapixel macro unit.