Realme is one of the phone companies that most like to launch special editions of their mobile devices. Most of these editions have stayed in China, the brand’s home market. However, recently they were finally encouraged to take them to the global market with the announcement of the Realme GT Neo 3T Dragon Ball Edition.

Now, it looks like the company is working on a special edition of another device, this time inspired by an upcoming Marvel movie. The terminal in question will be the Realme GT Neo 3 150W Thor Love and Thunder.

A few days ago, Realme India gave the first hints of a partnership with Marvel Studios for a product based on the Thor: Love and Thunder movie. Now, the brand officially confirms that it will launch a personalized version of your Realme GT Neo 3 (150W) to celebrate the release of the new Thor movie. 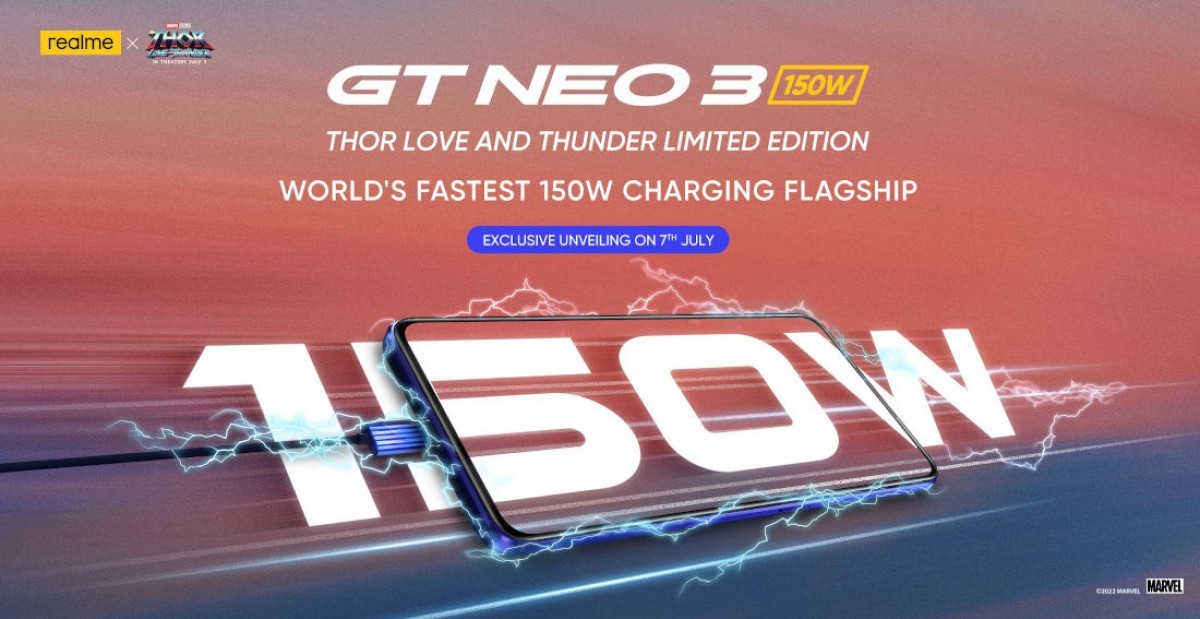 According to the official Twitter account of Realme India, the ‘Realme GT Neo 3 150W Thor Love and Thunder Limited Edition’ will be launched first in that country on July 7th. For those unaware, the film is also scheduled to hit theaters in India on the same day.

The brand has not yet revealed the design of the device. However, it has confirmed some of the key features. As an advance, these indicate that there will be no change in the specifications.

The only difference between the normal and the special edition will be cosmetic customization. This is the same thing that has happened with previous special edition Realme phones, so it’s no surprise.

It should be noted that the Thor Edition of the terminal will be its second special variant. A few weeks ago, they announced the ‘Realme GT Neo 3 150W Naruto Edition‘, which remained in China. There are no details yet on whether the Realme GT Neo 3 150W Thor Love and Thunder Limited Edition will hit the global market, or it will be an exclusive product for the Indian market.

Specifications of the Realme GT Neo3